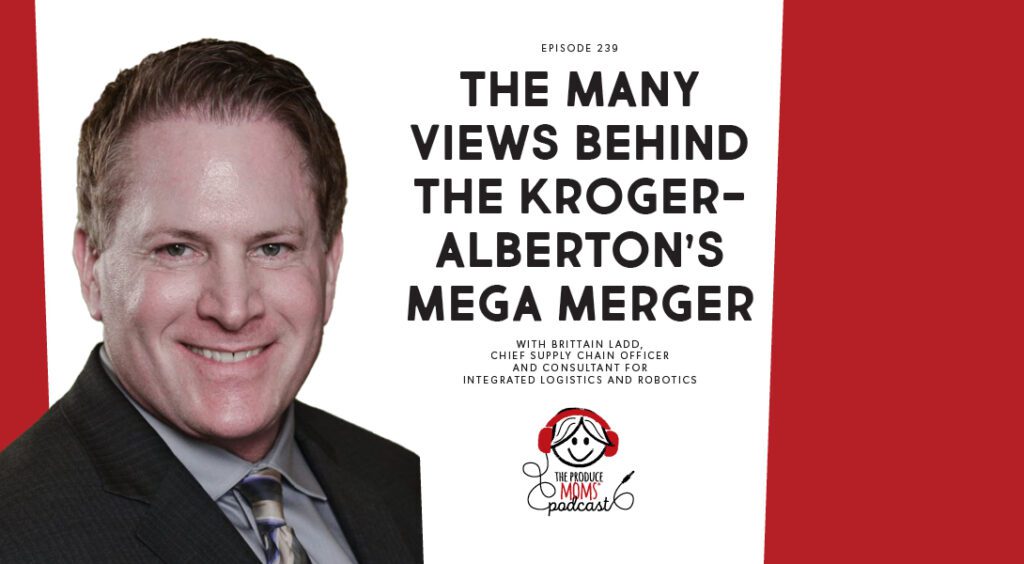 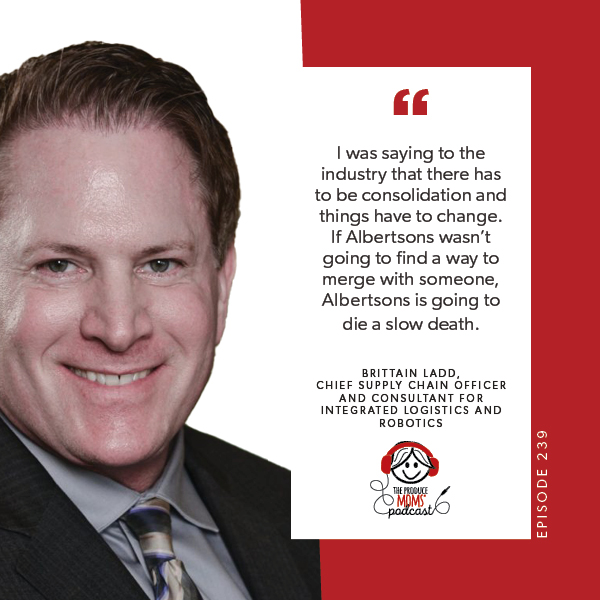 Recently, major grocery retailer Kroger and Albertsons merged, and it comes as no surprise considering Brittain Ladd has been saying it’s time for Kroger to make big, bold moves for years. This is Brittain’s fourth time on The Produce Moms podcast, and we’re turning to his expertise once again to break down this merger and other major projections he sees for the grocery retail industry.

Brittain Ladd, Chief Supply Chain Officer for Integrated Logistics and Robotics and consultant for companies like Instacart, actually wrote to the top executives and CEOs at Kroger and Albertsons many years ago to tell them this was the best move to make. “What I’ve really been trying to do is be someone who kept pushing for a merger to take place,” says Brittain.

Currently, Walmart has about 25% of the grocery retail market share, and the Kroger-Albertsons merger will take Kroger from 9-10% of the market share to 17%. We’ll see this merger officially go through around 2024, once the FTC and the DOJ approve it. It may seem like a no-brainer move, but the regulators are looking to understand if this merger will impact pricing, and if Kroger is going to take away choice and competition by building more stores to take over more of the market share and limiting the grocery options for millions of consumers.

It’s a good move for Kroger to merge with Albertsons considering Brittain told Kroger in 2013 he believed Amazon was going to acquire Whole Foods, and that Kroger should get ahead of Amazon by acquiring Whole Foods instead. At the same time, he was telling Amazon to acquire Whole Foods and then open up Whole Foods pockets inside of Target stores to completely win the grocery battle with a “Pearl Harbor Moment”. For context, Brittain has experience working for both companies and, once Kroger brought him on, they had a “we should’ve listened to you” attitude since they didn’t believe his predictions about Amazon. 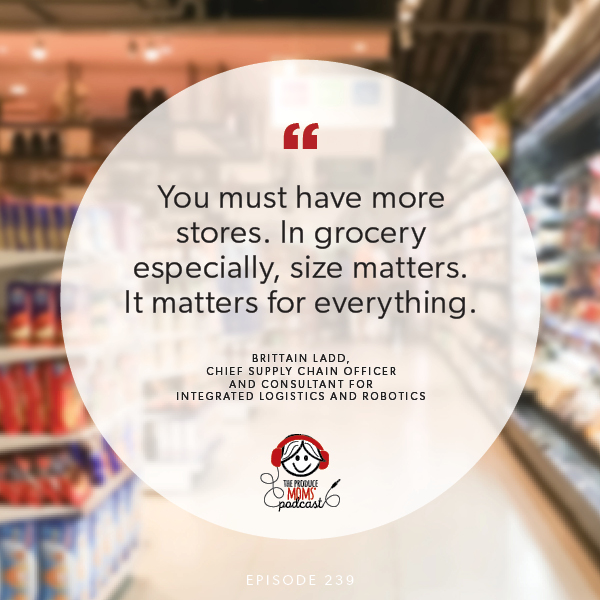 Brittain doesn’t see Amazon lasting long in the grocery retailer competition. Why? Amazon only has 536 grocery retail stores across the U.S., and that’s including Whole Foods. Kroger already has 3,000, which is soon to be combined with 2,500 Albertsons, and Walmart has 5,000 stores in the U.S. alone, and 12,000 globally.  Aldi is set to have 2,500 stores by 2024 and become the third largest grocery retailer in the U.S., and even if Amazon opened 100 stores a year, they can’t compete with these store quantities.

Strategically, Brittain thinks Amazon needs to introduce CPG products from brands like Pepsi and Frito-Lay, because even though Whole Foods is a great shopping option for organic and natural products, it’s rarely a one-stop-shop for the average consumer. If they don’t want to open up Whole Foods to CPG, Britain sees the only next, best option being an acquisition of Target. The majority of Whole Foods shoppers also shop at Target, and vice versa, so it’d be a match made in heaven to do this, otherwise he says they should divest Whole Foods altogether.

“The merger I would look at [for Walmart] the most is with Home Depot. That’s going to build a wall so high no one will get over it,” says Brittain.

What does Brittain think about Walmart? He sees a merger with Home Depot as the best merger in retail. Since Walmart gets 56% of their revenue from groceries, if they merge with Home Depot, they can continue to do what they do best on the grocery side of things and let Home Depot run the other 54% of non-grocery merchandise. This would allow Walmart to protect and grow their grocery market share and Home Depot to open smaller sections in Walmart. Regulators won’t have a problem with it because the two don’t compete in the same arena. Plus, they can start to leverage their acquisition of Alert Innovation, the e-grocery micro-fulfillment robotics company, and automate their entire grocery process.

Brittain started designing micro-fulfillment centers in 2013 and predicted it would be 2022-2023 when the industry would wake up to robotics and grocery retail automation. “Micro-fulfillment as a service” is going to be the next business model on the rise, where companies like Attabotics in Canada will sign a contract with a retailer to use their micro-fulfillment centers and warehouses to send inventory to and Attabotics will manage the fulfillment, logistics and delivery, so the company doesn’t have to invest in their own robotics.

Brittain isn’t just a great resource to follow for grocery retail changes and predictions, he’s in the know for all-things related to micro-fulfillment, robotics, logistics, and even the Metaverse. Brittain’s already designing a subterranean logistics model for the world’s largest, horizontal city, stretching 70 miles in Saudia Arabia using underground tunnels and vehicles that can switch from driving on tires to rails easily. With his strong opinions-turned-predictions and insider insight from working with companies like Amazon and Kroger, Brittain is our go-to resource and should be yours too! Make sure to follow him on LinkedIn at https://www.linkedin.com/in/brittainladd/ and see how his other predictions have come to life in Episodes 194, 141 and 41. 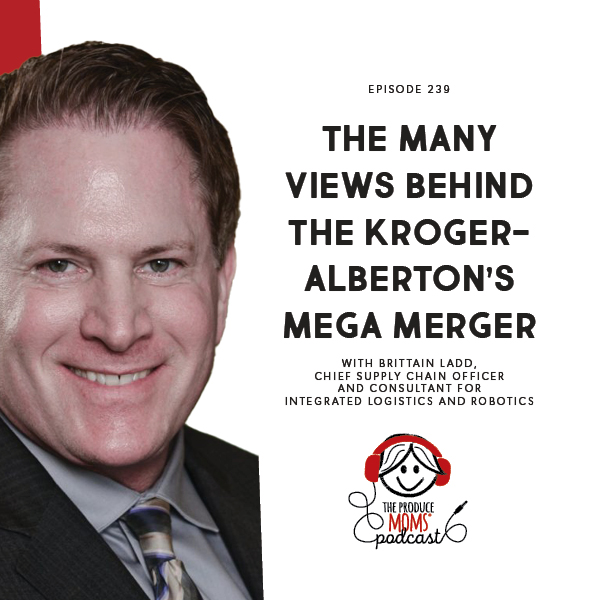