The phrase “apples to apples” may no longer be relevant when comparing like items now that the Cosmic Crisp® is finally here after 20 years in the making. Simply put, there’s no other apple quite like it.

The Cosmic Crisp® is the apple of big dreamers! It is the result of 20 years of study and research at Washington State University’s world class tree fruit breeding program and the only apple ever developed by the state of Washington. It’s a cross between the ‘Enterprise’ and ‘Honeycrisp’ apples. This dream apple gets its name from the gorgeous white starbursts covering the fruit.

This large and juicy apple has a firm, crisp texture that produces a satisfying snap when you bite into it. The flavor is sweet and slightly tart, which makes it an excellent choice as a snack but it also can be well-balanced with a little butter and sugar for baking.

Beyond its sweet taste and exceptional texture, the Cosmic Crisp® is also naturally slow to brown when cut and stores well in the produce drawer of your refrigerator.

This apple is so highly-anticipated, it’s been featured in Time magazine, Martha Stewart Living, the BBC, the TODAY Show, and more… before hitting retail shelves!

How can you enjoy Cosmic Crisp® apples?

It won’t be a challenge to find ways to enjoy the Cosmic Crisp®, but here are a few of our recommendations:

And hopefully you downloaded our Cosmic Crisp® gift tags, they make the perfect holiday gift!

How did the Cosmic Crisp® come to be?

Our founder, Lori Taylor, is a Cosmic Crisp® Ambassador and had an opportunity to go on the Cosmic Crisp® First Flight Tour, which included visiting the Mother Tree, the apple orchards, and the packing houses this past September. 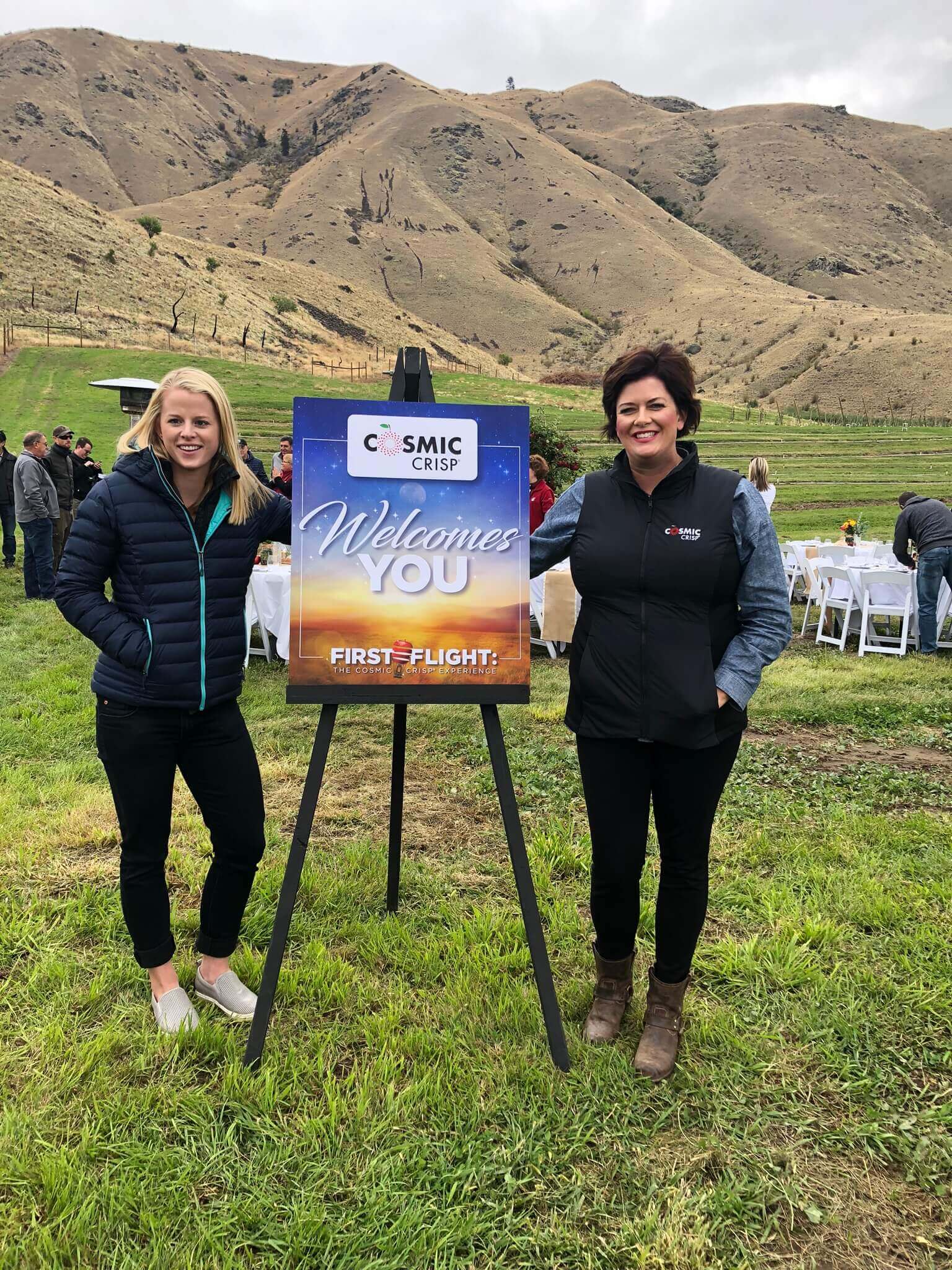 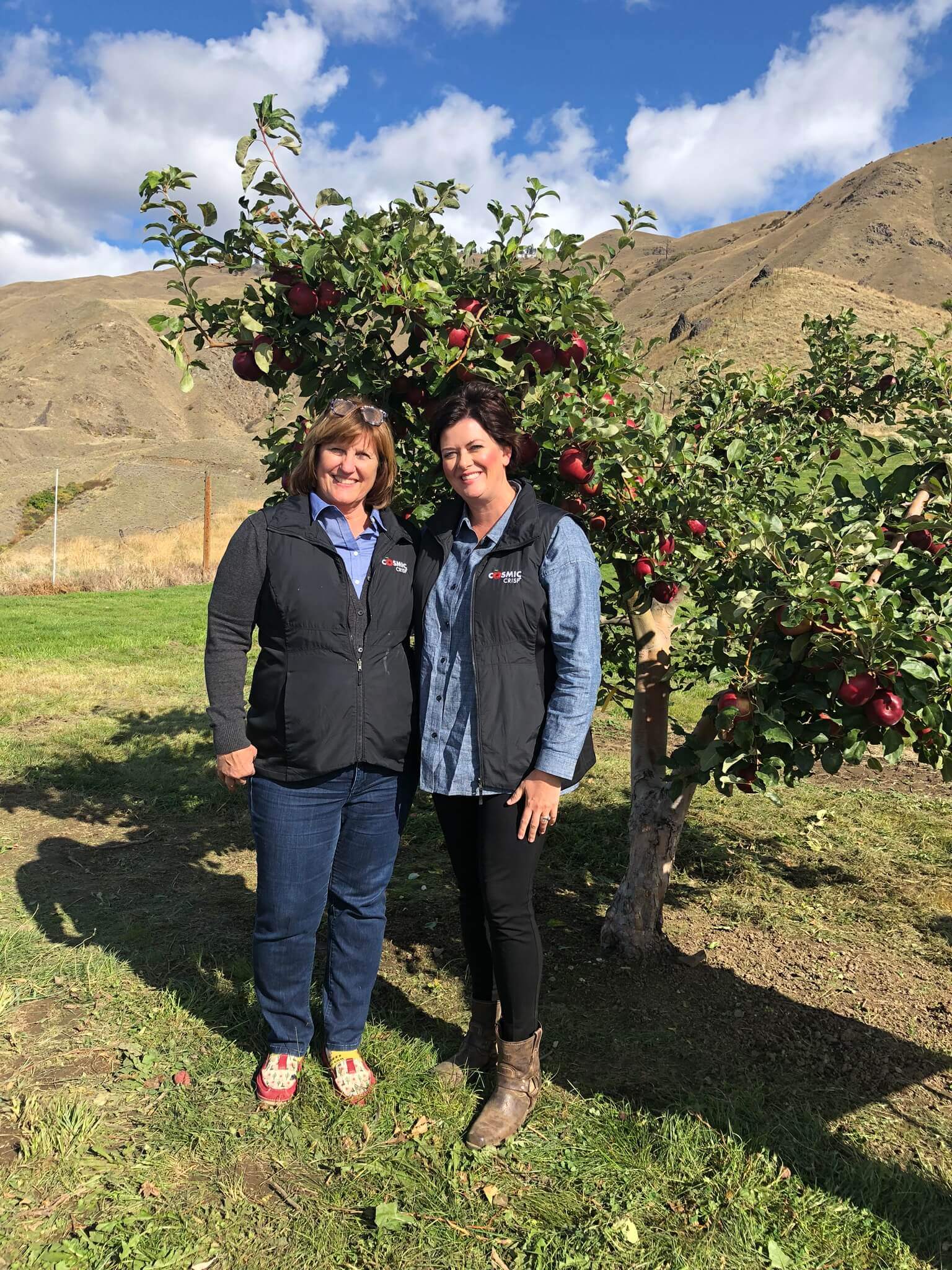 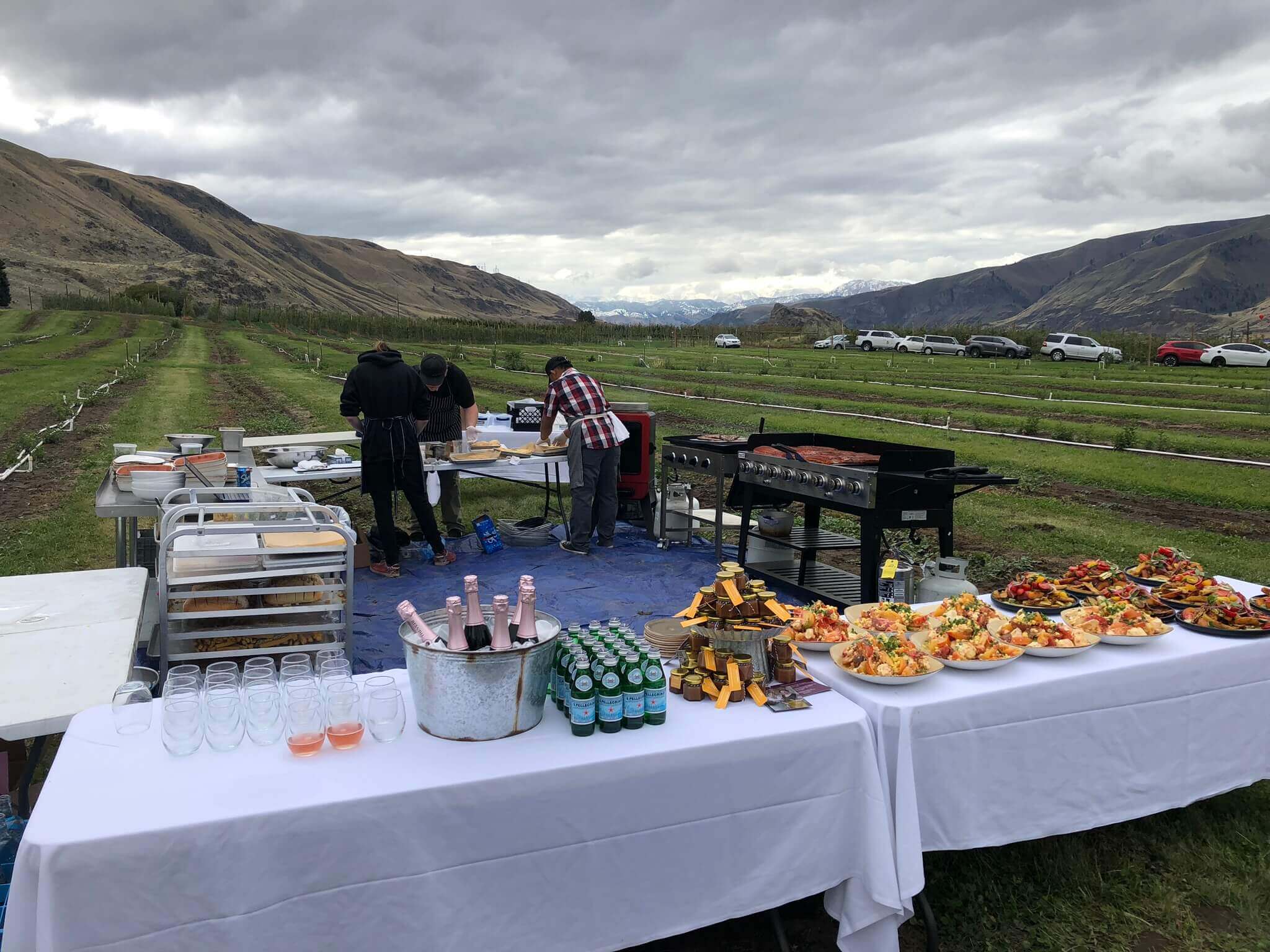 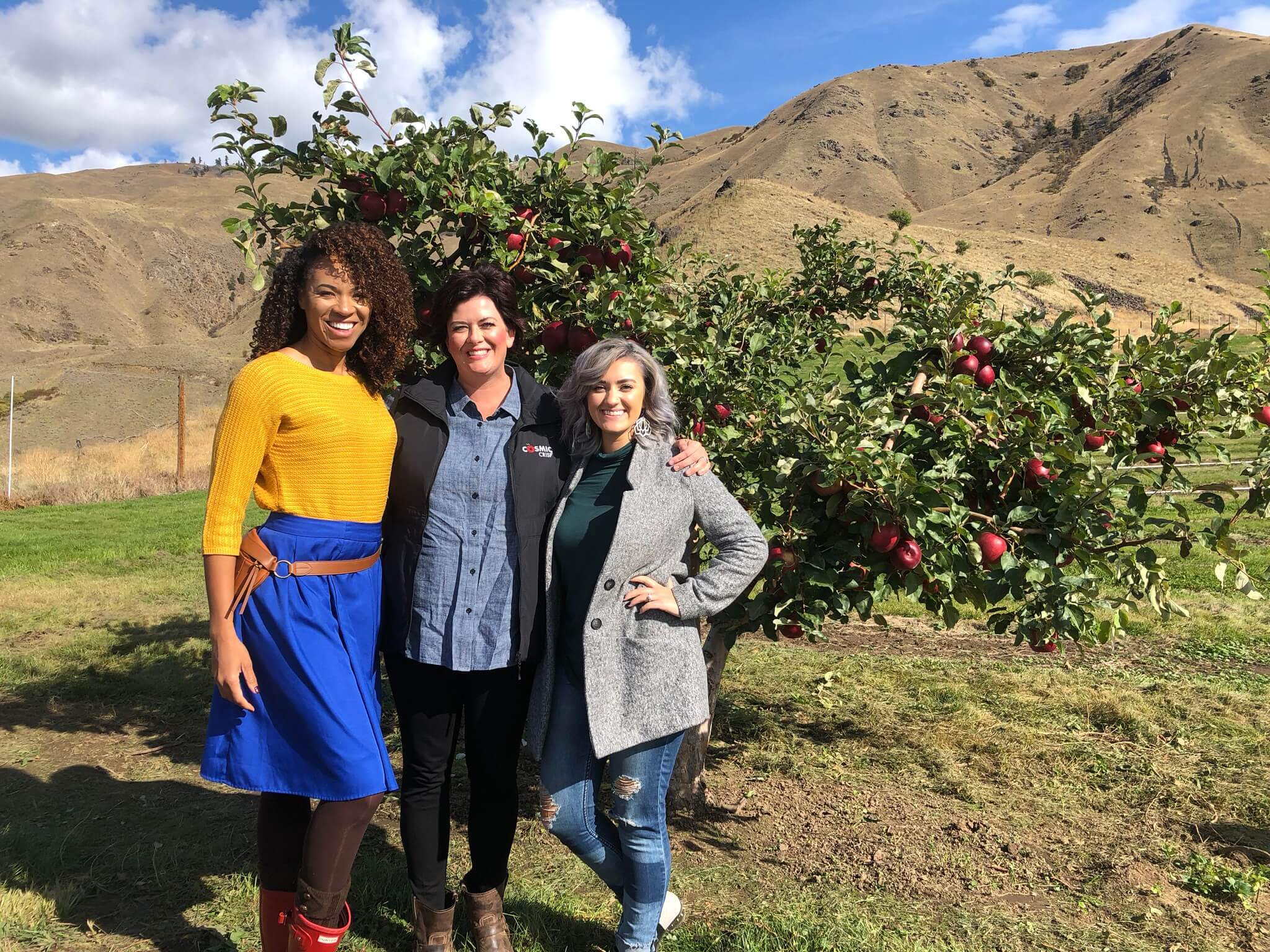 Farmers are the ultimate risk takers. The growers and the team at WSU have put decades of work behind the Cosmic Crisp® launch.  Not only is the apple delish, you are supporting real dreams – The Apple of Big Dreams™.

Are you as excited about the Cosmic Crisp® apple as we are? If so, now is the time to talk to your grocery store’s produce manager to make sure they have placed their order. The first retail shipment is underway.

Let us know what you think when you try your first bite! 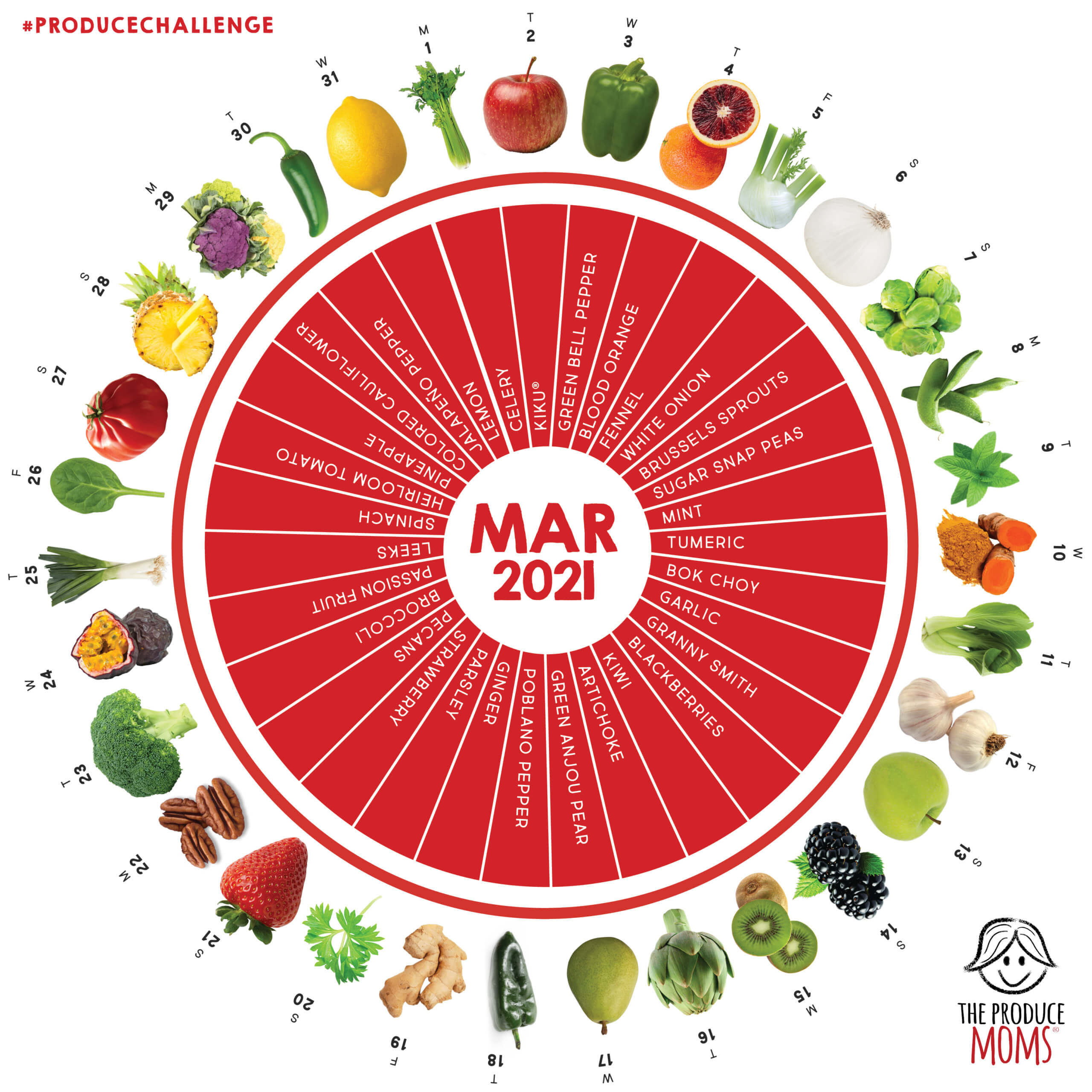