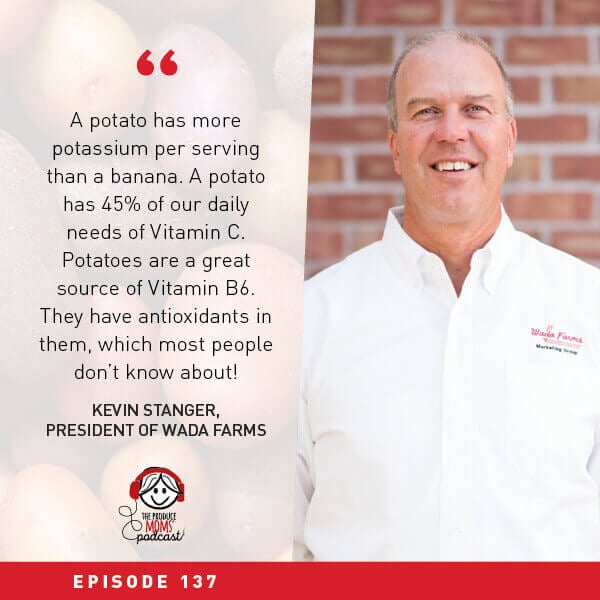 Wada Farms was established in 1943 by Frank Wada, an immigrant from Japan who migrated to the United States in 1922. Frank started out in San Clemente, California, but when World War II hit and many Japanese were being moved to internment camps, Frank moved west to Idaho where he grew his first crop of Idaho potatoes on 160 acres of rented land.

That was in 1943, where as today in 2021, Wada Farms grows on nearly 30,000 acres of farmland with 10,000 acres being dedicated for potatoes. Even cooler, they ship to all 50 states and even some exports while Brian, Frank’s grandson is now the CEO of the company. Kevin Stanger, President of Wada Farms, has been able to see first hand the farm grow from a small operation to almost 500 workers in the farm and warehouse during harvest season! 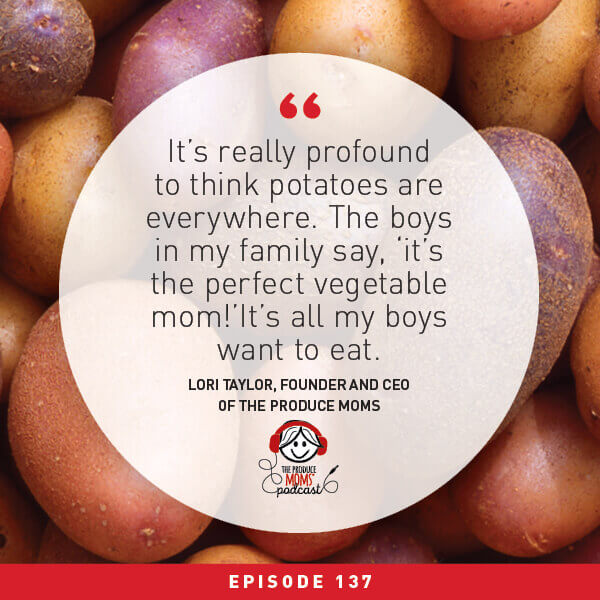 Wada Farms first and foremost grows plenty of those Idaho russet potatoes we all love, but they’ve seen great growth in the colored and organic varieties they sell too. Reds, yellows, fingerlings, organic varieties and even “chippers” (potatoes specifically grown for restaurants and bars to make fresh cut fries and potato chips) are all grown at Wada.

Wondering why it’s so easy to find potatoes year-round? Most of Wada’s potato varieties are planted from April to mid-May. They grow during summer and are harvested in late August through the first or second week of October. Depending on the type of potato depends on where in the country they’re grown. As you know, russets are famous for being grown in Idaho, whereas red and yellow potatoes are sometimes grown in different states.

“When anyone is buying a russet potato from winter, spring and into early summer, those generally are potatoes that have been put in large storage facilities where they are cooled. Temperatures are brought down to put them in a dormant state. There’s a lot of humidity pumped through the storages to keep them cold, crisp and fresh, and then they are brought out, washed, graded, and sent to retailers throughout the year.” – Kevin Stanger (10:56-11:27)

As long as they’re stored in a cool and dark enough environment, potatoes can last weeks! Colored potatoes don’t have as long of a storage life and are usually supplied throughout the country until late spring to early summer. Each of Wada’s storage facilities holds an average of 7.5 million pounds of potatoes… and Wada has 50 of these storage facilities! That’s an average of 375 million pounds of potatoes that are supplied each year across America. Wow!

The perfect way to store potatoes is in a setting where the temperature is in the high 40s and also has high humidity. That’s a little bit difficult in most people’s homes, so the best place to keep them is somewhere dark and cool like a basement or a garage. This will make them last for weeks! Kevin wouldn’t recommend storing them in the refrigerator because it turns the starches sugary.

If you find a green potato at the supermarket, don’t worry! It’s just from too much lighting. Cut the green part off and your potato is still just as healthy and edible. Make sure to buy firm and solid potatoes. Interestingly enough, those potatoes you see with sprouts on them are the ones growers like Wada use to plant back in the ground and grow new crops!

Potatoes are a highly versatile, delicious and nutritious food your family can enjoy year round. They’re filled with good (yes, good!) sources of carbohydrates, are certified heart healthy from the American Heart Institute, gluten-free, cholesterol-free, and high in potassium! Visit the Wada Farms website or scroll through our many recipes to find easy, healthy, family-friendly recipes for any season. 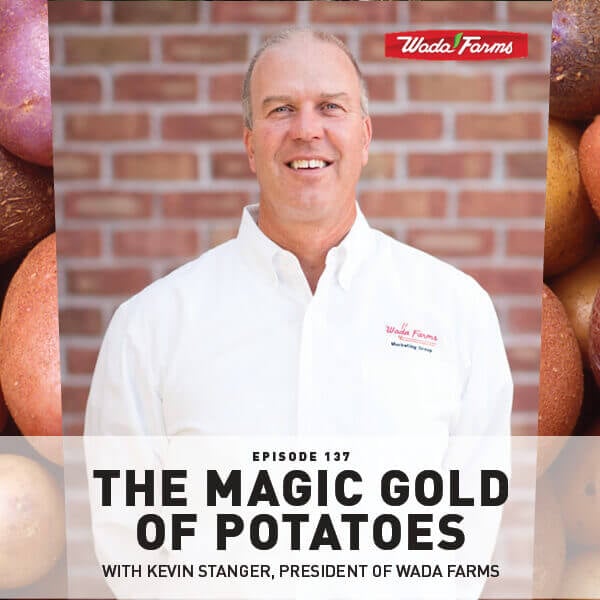